advertisement | who am I calling?
This entry was posted in Binge Eating Education on September 29, 2015 by Staff Writer. 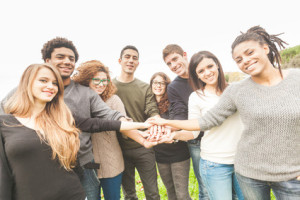 Binge Eating Disorder, or BED, is a medical condition characterized by loss of control while eating that can lead to the ingestion of large amounts of food. Weight gain and the development of obesity can occur in as many as 40% of individuals with the disorder. [1] The cycle of binge eating and weight gain in BED may offer mechanistic insights leading to better treatments not only for BED, but also for obesity in general. Some of this important research has revealed that high weight in BED is associated with metabolic processes that may exacerbate hunger, prevent satiety, and in some cases, drive food preferences. Here, we will focus on three classes of hormones that have been studied in BED and how they can impact symptoms and inform treatment. 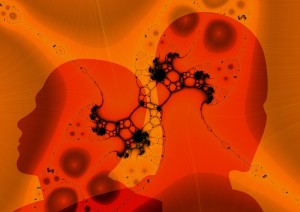 One of the primary metabolic roles of fat (or adipose tissue) is to release hormones that signal the state of energy balance in the body to the brain, thereby regulating sense of hunger and satiety. These adipose-derived substances are referred to as adipokines and include leptin, adiponectin and others.

Leptin is produced primarily by adipose tissue and to a lesser degree by the GI tract in response to food intake. Positive energy balance triggers leptin release, which sends satiety signals to the hypothalamus. Leptin levels are directly correlated with body weight, and just as weight gain is associated with the development of insulin resistance (a precursor to type 2 diabetes), it can also lead to leptin resistance.[2] This is the decreased ability of receptors in the brain to detect satiety with increasing levels of leptin. In individuals with BED, leptin levels rise with food intake, but don’t appear to be associated with satiety. And interestingly, this lack of response to leptin may not be weight dependent, as it has been observed in both normal- and high-weight individuals with BED.[3] Although we can’t conclude that abnormal leptin signaling causes or cures BED, it likely contributes to the lack of satiety many individuals with BED experience. 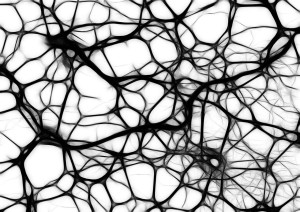 Adiponectin is a hormone that regulates glucose and fatty acid metabolism, and appears to be protective against the development of fatty liver and type 2 diabetes, both conditions associated with high weight. Adiponectin is made in adipose tissue as well as in bone marrow, and blood levels of adiponectin are inversely correlated with body fat. Unlike leptin, which is secreted in response to eating, adiponectin levels remain relatively constant throughout the day. Certain anti-diabetes medications called thiazoledinediones increase blood levels of adiponectin, which may contribute to their insulin sensitizing effects.[4] In BED, adiponectin levels are low but this may be the result, not the cause, of weight gain.[5] Nonetheless, low levels of adiponectin may herald the development of diabetes and therefor can serve as an indicator of metabolic risk in high weight individuals.

Hormones made by the gastrointestinal or GI system are commonly referred to as “gut” hormones or peptides, which are essentially smaller versions of proteins. These hormones help to signal hunger and satiety to the brain in a more immediate fashion than adipokines, as well as exerting some control over digestion. 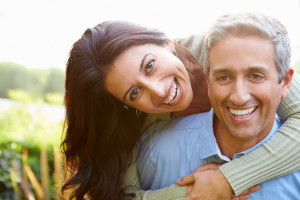 Sex hormones like estrogen, testosterone and progesterone are critical for the healthy development of sex organs and for reproduction. However, these hormones also play important roles in appetite regulation and the cyclical changes of estrogen and progesterone concentrations in women of reproductive age can offer insights into how these hormones may impact the risk for binge eating.

In summary, there are many hormones that contribute to appetite regulation and energy balance in humans; a few of these can be altered in binge eating and in BED and many of the known actions can help to predict risk for binge eating as well as suggest potential treatment targets for the disorder.

Dr. Ginger Nicol graduated with her bachelor’s in Journalism and Mass Communications from the University of Iowa in 1998, and received her medical degree from the University of Iowa Carver College of Medicine in 2002. She fulfilled both residency in General Psychiatry and fellowship in Child & Adolescent Psychiatry at Washington University School of Medicine (WUSM) in 2007. In 2010, she completed a National Institute of Drug and Alcohol Abuse (NIDAA) post-doctoral research fellowship in obesity and metabolic disorders in psychiatric populations at WUSM. Dr. Nicol is Assistant Professor of Psychiatry WUSM and has served as teaching and research faculty at the WUSM Department of Psychiatry since 2007.